A new study from moneysupermarket.com has revealed that more than a fifth of British homeowners have taken out a loan to pay for necessary home improvements.

The survey by the price comparison website found that 21 per cent of homeowners have taken out a loan at one stage or another to make alterations to their home, with the average value of said loans coming in at £14,037.

a well built quality Orangery can add 10% to the value of your home, but what is the average cost?

Commenting on the research findings, Tim Moss, head of loans and debt at moneysupermarket.com, said: “It is no surprise people will turn to a loan or credit card to make the necessary adjustments to their homes.”

“If you do take out a personal loan for home improvements [however], make sure you borrow the right amount and don’t be tempted to over borrow for the sake of it.” 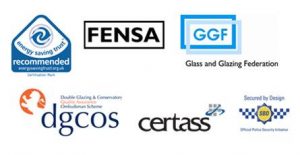 A new study from myhammer.co.uk has claimed that DIY disasters cost UK homeowners a staggering £2.1 billion every year.

With the first bank holiday 2011 looming, the home improvement website hopes its research will encourage those intent on partaking in DIY tasks during their time off to be aware of the potential for the things to go wrong.

By hiring a professional instead of attempting complex work themselves, myhammer.co.uk claims homeowners can insure themselves from becoming one of the thousands of Brits that suffers from costly DIY mishaps.

“If you are not terribly skilled it can be more cost effective to pay for work to be done to be sure of a professional job and save money in the long run rather than righting DIY disasters,” said COO and General Manager International, Gerrit Mueller, .

“Tradesmen at My Hammer are reviewed by other customers to give you extra confidence when picking the winning quote.”

DIY disasters cost £4.4 billion. Unprepared DIY-ers end up paying an average of £166 per botched project, according to Allianz Your Cover Insurance.

This adds to a total yearly bill of about £4.4 billion across the UK leaving the insurance company warning people to be prepared this long-weekend.

The Easter long-weekend is one of the prime times for DIY projects and the current financial climate is sure to see more people take on home improvement tasks to try and save some money.

“Our research reveals that nearly a third, 29 per cent, of those surveyed have been doing more DIY over the past 12 months and 86 per cent said they couldn’t afford to pay professionals or were just trying to save money,” Andy James of Allianz said.

“Unfortunately a little knowledge can be a dangerous thing so people should check they have adequate insurance to cover DIY damage so it doesn’t cost more in the long run.”

Extend your home with a modern Orangery conservatory: https://www.orangerycosts.co.uk/