DIY tips to avoid an accident.

When not to DIY can be a matter of safety so we caught up with Kevin Byrne, managing director at Checkatrade.com to find out more.

Everyday thousands of people undertake DIY in or around their homes. Every year around 250,000 people are injured and 70 people die in DIY-related accidents so it’s worth erring on the side of caution.

For any job that poses a potential safety risk, you must call in the professionals. Gas and electrical work pose potentially lethal threats, as does any work involving ladders, such as tackling guttering or retiling roofs. Every week there are 80 preventable electrical fires caused by people tackling jobs that should have been left to a professional. 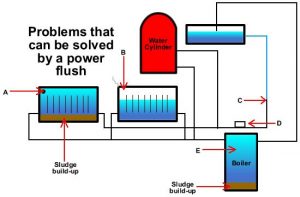 Anybody fitting, fixing or replacing a gas appliance such as a cookers, fires or boilers must be registered with GasSafe, the official body for gas safety that has replaced Corgi. For more information, visit www.gassaferegister.co.uk

“We deal with so many instances of the public taking on dangerous DIY jobs with boilers and fires,” a Checkatrade.com boiler and fire contractor said.

“We were recently called to re-do a bungled DIY repair job on a gas fire, which had started leaking into the living room. The customer had actually tried to light it – it was pure luck that the flame didn’t catch. Also, people stuff things up chimneys and forget about them. A couple recently did this before moving house. Fumes from the gas fire leaked into the new owner’s living room. Mistakes like these can cost lives.”

Electrical contractors should be Part P registered with one of the following, Nappit, NICEIC, ELECSA, BRE, BSI, ECA, or Corgi. Fuse boards are the responsibility of the homeowner or landlord not the electricity board. They require regular maintenance and safety checks – every ten years for homeowners and once a year or when there is a change of occupancy for rented properties.

“Male pride causes a lot of accidents. Men think they should be able to carry out these kinds of jobs when really they should call an experienced electrical engineer,” a Checkatrade.com electrician said.

“People are always putting in extra sockets and using the wrong cables with the wrong current. This causes them to melt before the fuse – a massive fire risk. Another common blunder is to install light fittings without earthing them first, which causes an electric shock. I get at least two or three calls a month like this.”

People often prune and trim trees themselves thinking that this is an easy job, however if the job requires using specialist equipment this should be left to the professionals. Ladder falls are responsible for approximately 50 fatalities a year in the UK, and people using tools such as chainsaws stand to lose more than their dignity if they slip.

“The main dangers include falls and using tools in trees, but also, people do not realise the volume of the branches they cut down. They can be very heavy and cause serious injuries if they land on someone, not to mention flattening sheds or greenhouses,” a Checkatrade.com tree surgeon said.

In many instances tackling a major building job yourself can end up being costlier than employing someone to do it for you. Many of Checkatrade’s members are called in to put right DIY jobs that have gone wrong.

For example, putting in footings at the wrong level or laying too shallow a driveway may mean the whole thing needs to be dug up and re-done, which is horrendously expensive or trying to remove & replace a conservatory roof (A guide to conservatory roof designs).

“When you lay the foundations for a house you, the maximum pit depth you can work in safely is four foot, otherwise the sides need to be reinforced with shuttering. Many DIYers are unaware of the very real risk of tones of soil collapsing in on them,” a Checkatrade.com builder said.

Attempting to install or move a radiator, or change water pipes in your home can lead to damaging hidden pipe work or electric cabling. There is a very real risk that flooding or electrical fires, shock or even death could occur if this work is not carried out by a professional.

“We commonly visit sites where people have tried to move radiators or modify piping themselves, and accidentally driven nails through water pipes when replacing skirting boards or wooden panels. It means we have to replace damaged pipe sections, which can cost the customer up to £100 extra,” a Checkatrade.com plumber said.

To see the latest conservatory designs take a look at www.conservatorypro.co.uk

Knowing when not to DIY
Tagged on: Home Extensions